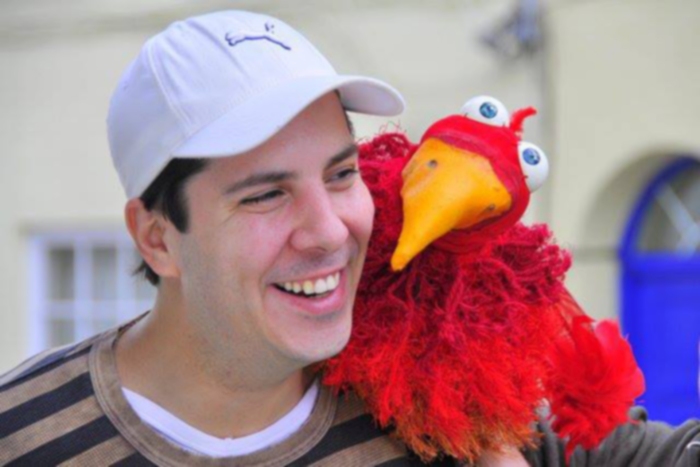 The male of a rare species of exotic bird has been captured and you (and a group of up to 5 friends and family) must save him!

The Birds: the game is a building / town-wide experience featuring a chase to rescue the male bird from his captors, whilst learning about the plight of a highly rare and endangered species. Participants must make some fake company IDs before racing across the gaming area to find maps, clues and evidence pointing to the captured bird’s location. They must prove the dodgy dealings behind a corrupt companies activities, whilst finding the elusive password which ultimately provides the key to the bird’s release.

The first team to solve all the puzzles and coax the birds back to a safe location win a bird related prize!

The Birds… was commissioned by Spraoi Festival and premièred during the summer in 2013. The Birds has also been played at the Piece Hall in Halifax and at MintFest in Kendal. Here’s what some of the participants at MintFest said:

An older version of the game was originally commissioned for Manchester Histories Festival by the Library Theatre Company with support from Larkin’ About, The Birds were featured as part of the Histories Festival open day on 3rd March 2012:

After a dramatic escape from a nearby wildlife reserve, a rare set of exotic birds have made their home in the local habitat. To ensure their continued survival, resident ornithologist, Rosemary Dudcott, needs your help to prove that the elusive male of the species still exists…

The original Birds game was based loosely on a treasure hunt. Participants (including both adults and children of all ages) had to work together to follow clues in diary entry pages dotted around the building. Players had to collect specific items in order to create a suitable habitat to attract the male of a rare species of exotic bird.

The game was supported by the following organisations:

Pervasive Gaming is a cross over between theatre and game design – utilising real people as playing pieces and real environments as the game-playing ‘arena’. It is a fantastic way to encourage audiences to be fully immersed in a given narrative and can breathe new life into familiar environments.

If you’d like more information on pervasive gaming, or more specific information about The Birds, please feel free to contact us.

View all posts by Beka H